So, I have just returned from a trip to the cinema to see Cars 3 with James. We have been building up for this viewing for the past few weeks so I think we were both excited and curious to see how the movie would turn out.

James was dressed in his fabulous Lightening McQueen pit crew overalls from Disney Store  and looked great. In fact, he drew a number of admiring glances dressed like that.. not that he noticed though! 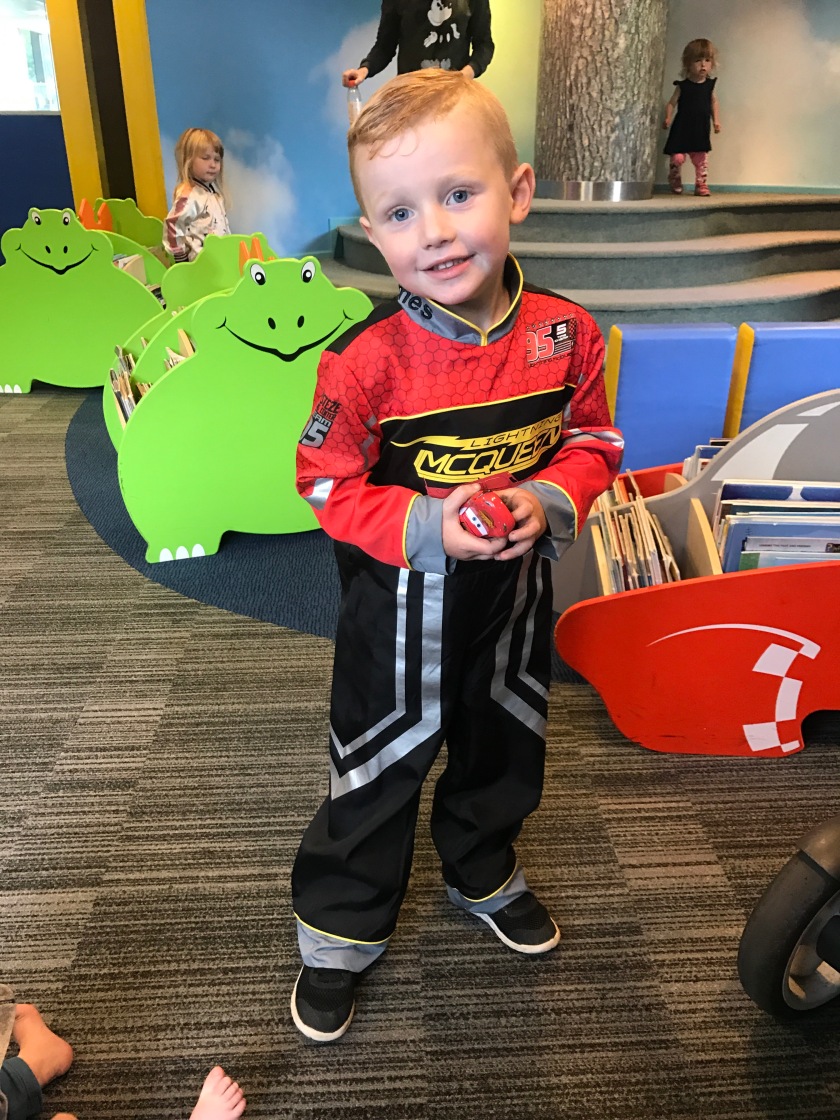 Aoife very kindly offered to look after Jospeh whilst I took James so see it. I did ask her to come along too but she said it wasn’t her cup of tea, however I think she would have been pleasantly surprised if she had came along!

So what was I expecting? Actually, I’m not too sure….. I loved Cars and sort of liked Cars 2 so I think I kind of just went in with an open mind and hoped that it would be enjoyable for James more than anything.

However, before I talk about Cars 3 I just wanted to touch on the Pixar short before the movie, Lou. It was wonderful. I always enjoy the shorts and the moral message that comes across from them. Lou is one of my particular favourites. I’m unsure whether this comes from working in education and understanding situations like this first hand or just that it was so cute  but James loved it too,  he giggled his way through the whole short and I think understood the message despite being only three.

So, back to Lightening! Well, let’s just say that I saw him in a new light. I don’t want to give too much away though so I’ll try not to go into too much detail in this post. It was also fantastic to see most of our favourite characters back on the big screen.

It was also great to see the new characters brought to life. I have spent the past few weeks taking pictures of Jackson Storm, Cruz Rameriz and Miss Fritter in Disney Store  without actually knowing anything about the characters themselves. I always love it when everything falls into place and you notice NEW features to the characters that you may not have seen on the toys. An example of this is the license plates on Miss Fritter. Everything just starts to make sense and James little face lit up when they appeared on screen saying “That’s miss Fritter, I have her. ” 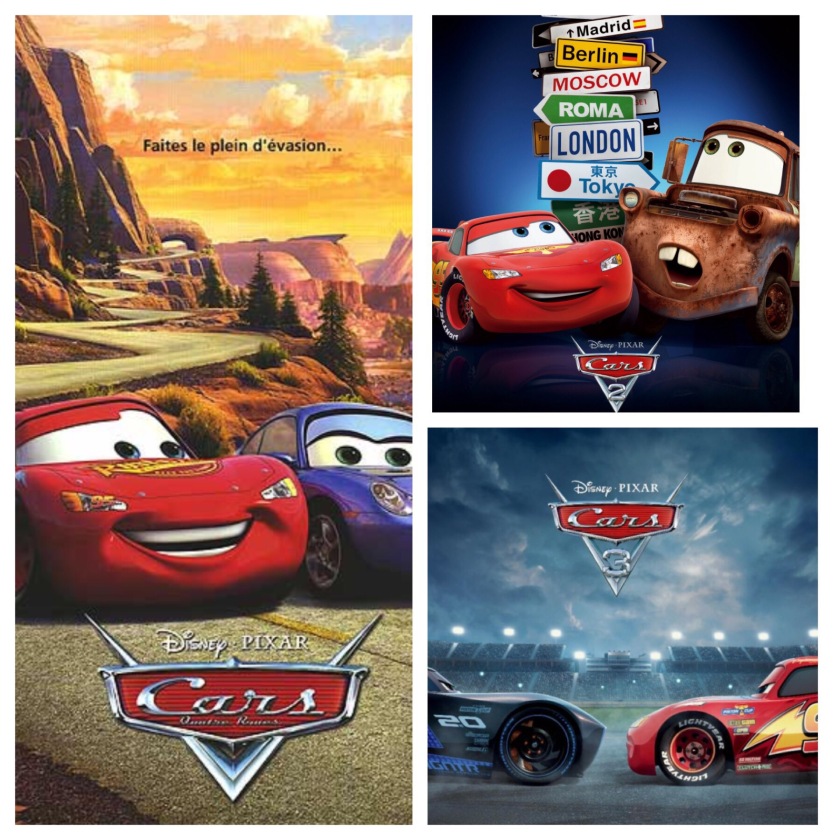 In my opinion, I feel as though Cars 3 tied up all of the loose ends and it is almost as though Lightening has come full circle. I could quite imagine this being the last in a trilogy! Although you never quite know with Disney Pixar do you? I thought exactly the same when I went to see Toy Story 3.
There was action  from start to finish and you can’t help but be emotionally invested in the film. The characters mean so much to me that I found myself willing there to be a good outcome, another sign of a good movie don’t you think?

However there were two areas of the movie that stood out to me in particular. This is a major SPOILER so if you haven’t seen the movie, stop reading now!

First of all, I loved the moral message of the movie and how the  importance of Lightening McQueen’s relationship with Doc Hudson played such a pivotal role in the movie. It is such an important message that I try and pass on to my own children and the childre and young people I work with. I think that it is important for young people to see how older people can have such a positive affect on their future and I admired the love and respect that Lightening obviously had for Doc.

This brings me on to the second message in the movie that appealed to me. I’m going to put my hands up and admit that I thought that Cruz Rameriz was male and I’m actually pretty ashamed of that. I don’t know whether it is because I have young sons at the minute but what a stereotypical way to think! I loved the fact the Cruz was female, it made the movie for me. It is so postive to see that quite a few of the successful characters in the movie were female and as a woman and with a daughter, I felt incredibly proud ( and slightly mad with myself) of the writers for creating this character.

So in a nutshell, go and see Cars 3, take boys and girls in your family and enjoy a film that teaches you that you can learn valuable lessons from the older generation and that as a 36 year old woman you need to be a lot less stereotypical! Woman and girls and can be whoever or whatever they dream to be and gender should not come into the equation. Well done Disney, another fabulous film that I will be seeing again for sure.
Oh and I asked James what he thought of the film as I know it is important to get a child’s verdict. He said it was really good and he asked when he can go back? Oh and Lightening McQueen is still his hero.